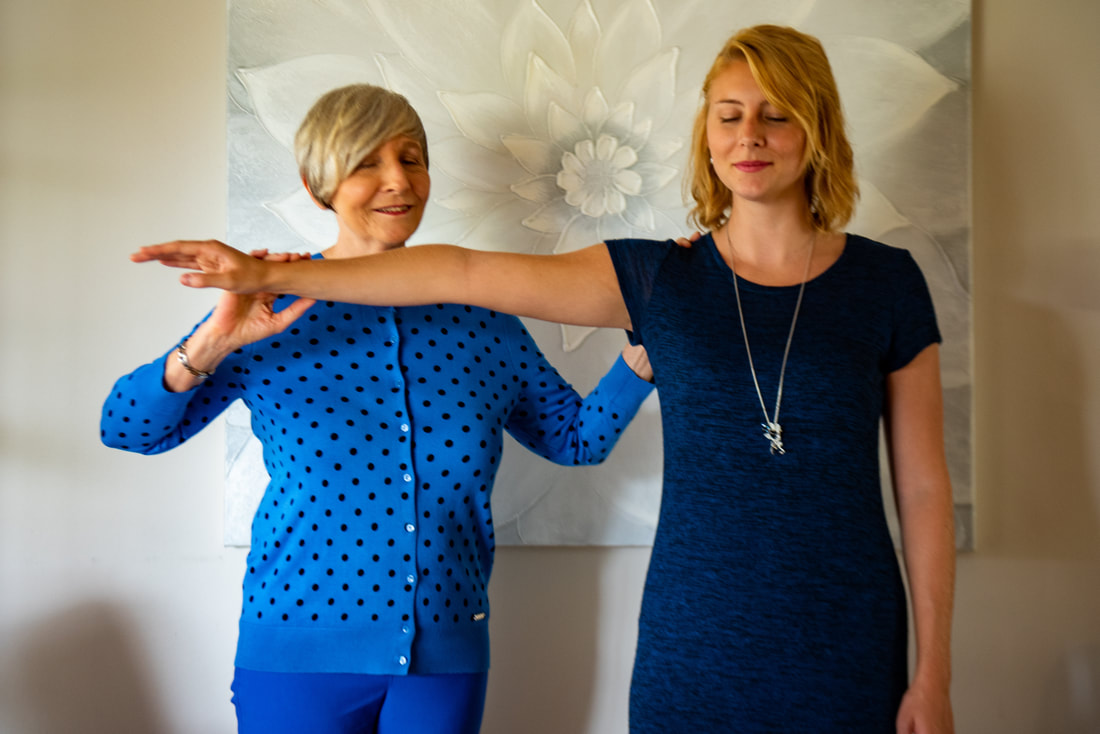 wondering what PSYCH-K® is?

PSYCH-K is:
I turned 60 a few years ago and my internal conversation became very loud and disempowering.  Every time I felt tired or ill, all I could hear was, "What I shoulda, coulda, or woulda done when I was younger.  I would fall into a depression for days or weeks and I just couldn't shake it.

Then one day at a networking meeting, a woman stood up and said, "I help people rewrite their limiting beliefs on a sub-conscious level" and I thought, that sounds interesting.  I set up a meeting with her and afterwords I said to my husband, "That is one of the most fascinating things I have done in years and the world looks and feels different to me."  I noticed that the nasty conversation had disappeared and I was now present in my life and ready to move forward.  I then sent my daughter to do a session for her anxiety and the results were amazing!  She used to call me 3 times a week with anxiety spiraling out of control and now I never get a phone call like that.  In addition, my husband, who has been failing at his weight loss journey for years began to lose weight fairly effortlessly and I know he's not going to gain it back this time.

After looking further into it, I realized that I could train to facilitate PSYCH-K® and I immediately signed up for all 3 trainings so that I could offer them to my friends, family and clients.  I loved every training and felt as though my past was getting cleaned out and my future created with ease and excitement.

It is the funnest, easiest and most fulfilling work I have done in my 35 years of coaching, training and educating.

Some cool results I have seen

Two women came to me who had been job hunting for over 1 year.  Within 2 weeks of the session where we worked on this topic, both women were offered jobs that met all of their criteria.

Another woman came to me between contracts.  We did some powerful balances around the specific criteria she had for her next gig.  That day she was invited to have an interview and the company ended up fitting all of her criteria.  She got her new contract in record time and it looks like they will hire her on fulltime!

A third women who had recently had her first baby, wanted to figure out what type of work she wanted to do and could do virtually.  She had worked as a lawyer in the past and after 2 months of working together, she attracted the perfect law position with a lawyer who worked in a field she knew and loved and wanted her to work from home.  She was ecstatic and could not believe she had found the perfect job with the pay and benefits she wanted as well as the working situation she needed.

I worked with a woman who was so afraid of elevators, she had climbed to the top of the Empire State Building.  After one session, she took a trip to St. Louis and easily rode to the top of the arch with no issues.

​Another woman had extreme anxiety about flying and wanted to take a trip with her family from Florida to Los Angeles (a 5-hour flight) without feeling anxious every minute of the trip.  After one balance, she took that flight with no anxiety.  Her next trip was to Hawaii and she forgot her tranquilizer.  She realized she didn't need them.

One of my favorite stories is a young woman who would get wound up many times a week to the point of screaming in her car and hitting herself because she made a wrong turn or things weren't going the way she had planned.  After only 3 sessions of Psych-K, she reports that her behavior is completely transformed.  She has relaxed about life and has never had a screaming or hitting incident since.

A gentleman I worked with came in to work on stress around his business and as a result of our work together, he reports losing over 25 lbs. with ease and no sense that he will gain it back.  He is thrilled about this and it points to how balancing for one thing can affect something else in a profound way.

I have had some magical success disappearing pain for myself and others.  I have balanced my  own headaches, body aches and exhaustion away.  I have balanced the arthritis pain in my husband's thumbs and it has been relieved.  I balanced with a client who had hip pain and she no longer has to ice it after yoga.

I worked with a woman who wanted to have a different experience of Thanksgiving.  She had been attending her in-laws family Thanksgiving for 20 years and always felt like an outsider.  We went to work on balancing for "how she wanted it to be" and she reported back that this year was the "best" experience she had ever had!  She felt included and cared about and she was ecstatic.